Unfortunately, police misconduct occurs more than you would think. In fact, 84% of police officers have stated that they have witnessed a fellow officer using more force than was necessary. There are many types of police misconduct, in addition to the excess use of physical force. Police misconduct refers to any illegal or inappropriate action engaged in by a police officer. It includes officers who violate department regulations, state or federal law, as well as civil rights of citizens whom they are supposed to protect. 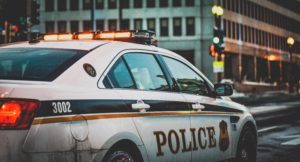 Police brutality is the formal term for using excessive force by police when dealing with civilians. Most commonly occurring in the form of physical force, but it also encompasses verbal and psychological abuse, harassment, and discrimination.

This type of police misconduct includes arresting a person simply because the officer dislikes him or her. This is often on a basis of discrimination. On the flip side, selective law enforcement also occurs when an officer does not punish someone because the officer favors him or her. Police should no select which laws to enforce and when. They must treat every person fairly under the law.

Misconduct of this type is the use of someone’s race or ethnicity as a justification for suspecting him or her of committing a crime. Racial profiling can occur on various level, from the suspicion to the actual arresting of a person. This type of misconduct can also play a part in other types of police misconduct.

Other Types of Police Misconduct

Police are supposed to protect the safety of all citizens equally within the parameters of the law. If you or someone close to you is subjected to unfair treatment, unlawful arrest or abuse from the police, contact the Cochran firm for a free consultation today.